I for one am glad to see February go, but only because March is my birth month so I always want it to be March.  Plus March means it’s officially Spring and Spring is my favorite season.  So really it’s win win for me.
So, I had a phenomenal weekend!!!  Seriously it was the best weekend I’ve had in a long long time.  And it’s all thanks to the Thrive Blog Conference!  I cannot wait to share all of my real thoughts and feelings about the whole thing, but let me just tell you it was AH-MAZING!
For now I’m just going to share some of the highlights from the weekend as a whole and then be sure to check back later this week for a full re-cap!
FRIDAY and SATURDAY
Once school was over it was all things Thrive! It was seriously the best experience I’ve had in a while.  Much more fun than the conferences I have to go to for my actual job.
-Had a minor hiccup on Friday when I realized that I left the dress I bought from Francescas at home!!!  I was already 30 minutes from home in Houston traffic when I realized it so there was no way I was going back to my house.  Thankfully since I did buy my dress from Francesca’s I was able to buy the same one and a major crisis was averted.
– Met some of my favorite Houston bloggers.
-Took some adorable pictures in the “photobooth” sections.  All the vintage furniture was provided by a local Houston company called Vintage Indulgences.

– Ate some of the most delicious cookies I’ve had in a while courtesy of Sweet Marie’s.  Seriously the lemon lavender shortbread cookies were fabulous.
-Had another minor hiccup when I realized I left my DSLR camera battery plugged into the wall at my friend Holly’s house.  So iPhone pictures it was.
– Learned a ton from all the amazing speakers!!!
– Left the conference with a tribe of new friends and some great insight into how to make my little space of the internet really THRIVE!! 🙂
And now for some more photos, which I know you’re dying to see. 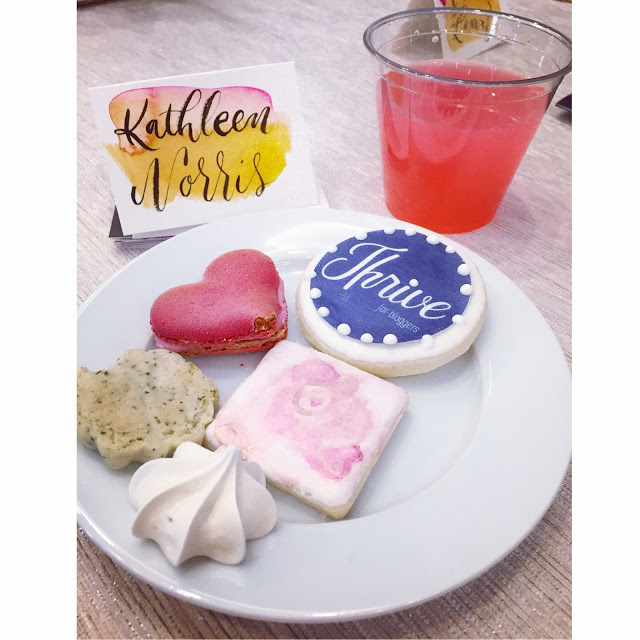 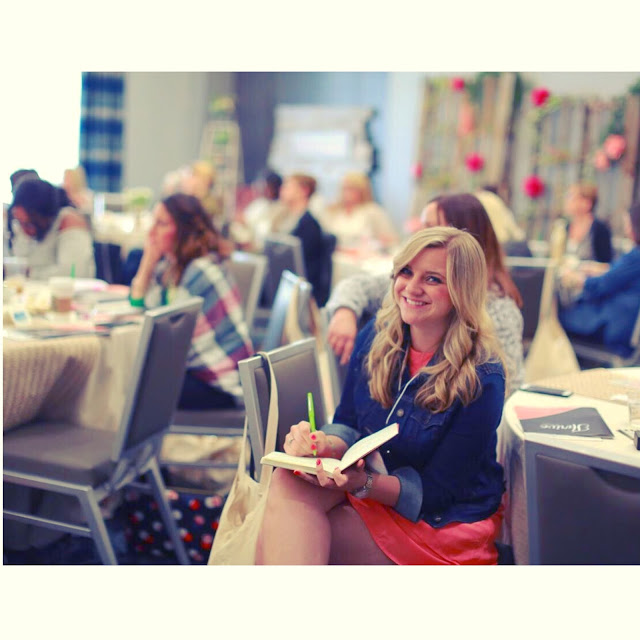 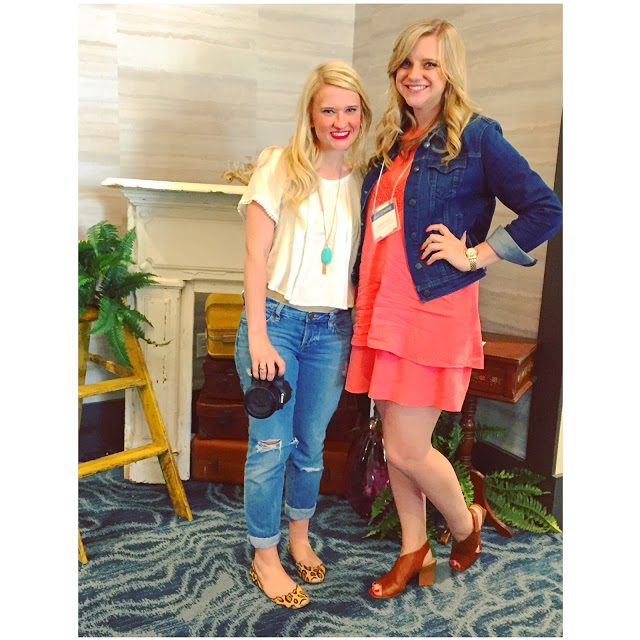 Overall it was a fabulous two days.  And I am so glad I decided to go.  To be honest I’m STILL trying to process everything I’ve learned but that’s to be expected when you learn so many great things.  I really hope the creators, Whitney and Bree hold the conference again next year because I will definitely be in attendance.
SUNDAY
Was all about the Oscars!!!  I did take part of my day to relax and recharge after a very busy Saturday.  I went to the store and pampered myself a little with a trip to the nail salon.  But once I got home it was full on Oscar mania.  I mean I had to watch to make sure my main man, Leo, won his first Oscar and I was so happy when he did!! (As were about 1 million other people in the world I’m sure!
– Loved seeing all the Oscar fashion.  Here were my favorites:

To be honest I wasn’t at all impressed with the rest of the show.  If it hadn’t been for Leo I honestly probably would have turned it off after the first 30 minutes and started watching Fuller House (which I plan to watch tonight!).  But I sat through it, spending most of my time on my phone.  I did absolutely love Lady Gaga’s powerful performance of her song and thought that Spotlight was 100% deserving of the Best Picture win.  But other than those three things….I could have found a better way to spend those 3 and half hours.  Which was really disappointing to me because I LOVE the Oscars and just movies in general.  Hopefully next years show is better.  Much better.
But at the end of the day…….LEO WON!!!!!!! And really that’s all that matters!

February was a whirlwind month and I am glad to see it go.  Although I do wish I could relive Thrive just one more time.  But now it’s on to the next month…the BEST month!  Bring it on March, I’m ready for you!
Hope your weekend was great and may your Monday be short! 🙂
Linking up with Biana.