Skip to content
The last time I hit the publish button on a blog post was April 27, 2017.   That’s nine months.  I’m honestly not even sure why I took a nine month hiatus.  All I know is that every time I sat down to write, nothing would come out.  Even now I’ve literally been sitting at my computer  for over an hour and this is as much as I’ve written.  But I know I want to power through and I know I want get back into the swing of things with my blog in 2018.  Because I have honestly really missed this little space of mine.  I especially miss interacting with other bloggers!  Not only have I not blogged myself but I’ve stopped regularly reading blogs as well.  So I’m hoping this is the first step to getting back at it!

Since this is my first post in a long while, I think it’s best to give a quick life update.  So here’s a quick look back on what I was up to from May-December of 2017.

May
May was spent finishing up my 4th year of teaching.  It was a tough school year and I was really frustrated with teaching at that point and was 100% ready to say hello to summer. The one highlight of that month was surprising my Florida besties!  Two of them have little girls who’s birthday’s are within a month of each other and they were having a joint 1st birthday for the girls.  They didn’t know I was coming and it made for the best surprise ever! 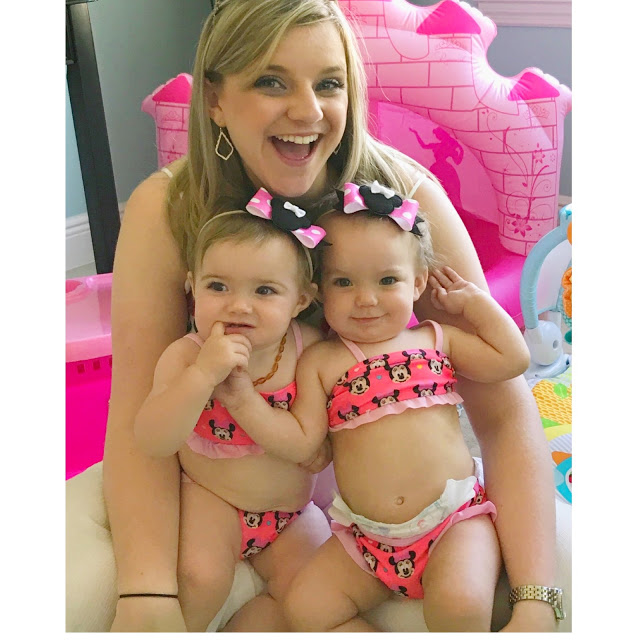 June
Hello summer vacation!  I did a ton of traveling during the summer and it all started with taking 8 students on a trip to the east coast with all the other junior highs in my district.  We went to Washington DC, Colonial Williamsburg, Gettysburg, and Philadelphia.  We had the best time ever and the history nerd in me was excited AF.

After the school trip, I headed back out to Florida for a fulfilled week with some of my best girls!  This trip started with a day trip to St. Augustine, where I saw the venue for one of my best friends wedding.  The wedding is actually happening at the end of this month and the venue is gorgeous. 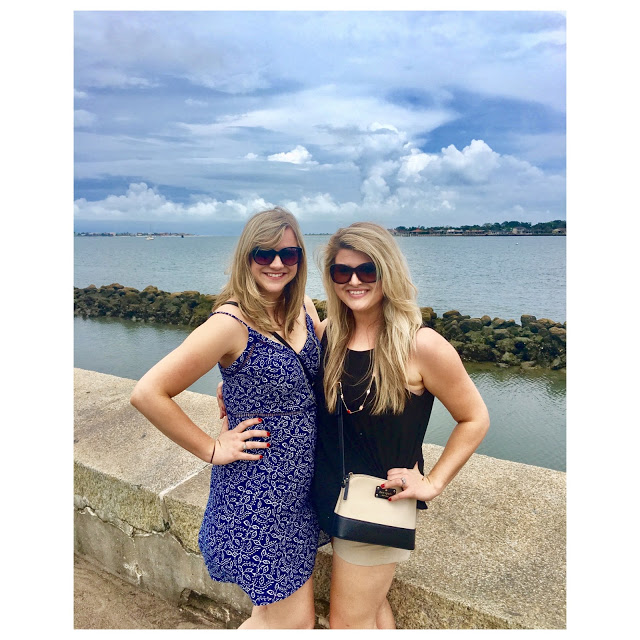 Instead of going to Disney World, I convinced them to go to Universal Studios because I have been desperate to see the new Diagon Alley, that is part of the Wizarding World of Harry Potter.  And y’all, it was AH-MAZING!! I seriously cannot even begin to describe how happy I was to be there.  I could have spent the entire day just in the Harry Potter section of the park but we did venture to other areas.

Then is was time for the whole reason for the trip!  A girls cruise to Mexico!  We had the BEST time EVER.  I was so happy the entire time we were on the boat.  It was so nice getting to spend time with some of my very best friends.  I met these wonderful girls back in 2009 while working at Disney, we were all roommates, and I am so grateful we have managed to stay friends.  I can’t wait to see where our next trip takes us! 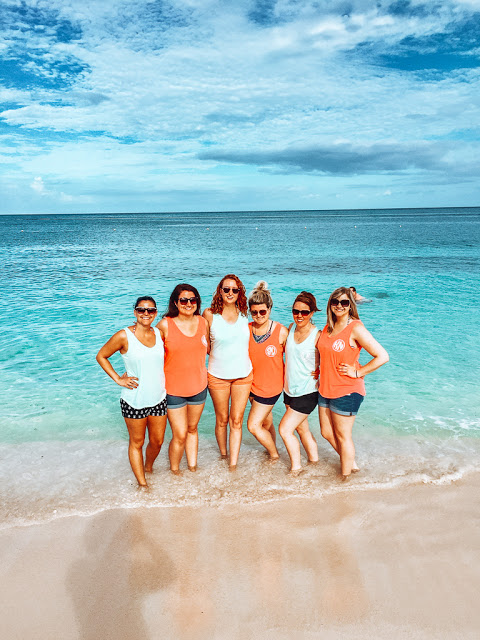 July
July was spent on an epic road trip with my parents!  We started in Texas and made stops in Missouri, Illinois, Wisconsin, and Michigan.  I loved getting to spend this time with my parents.  It had been a really long time since I had spent a whole month with them and so having them all to myself was great.  We made some amazing memories and had a blast! 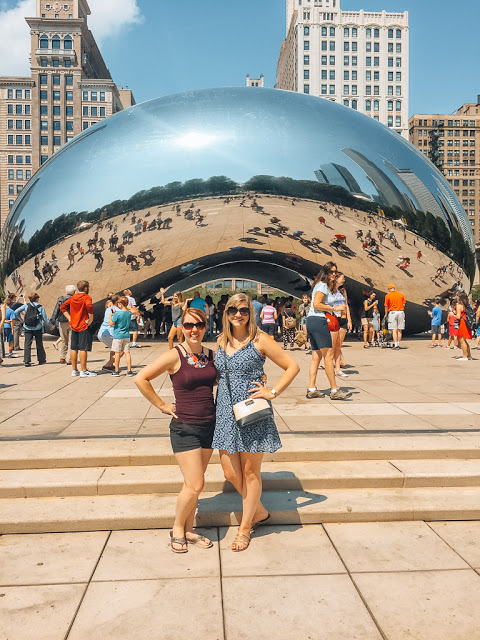 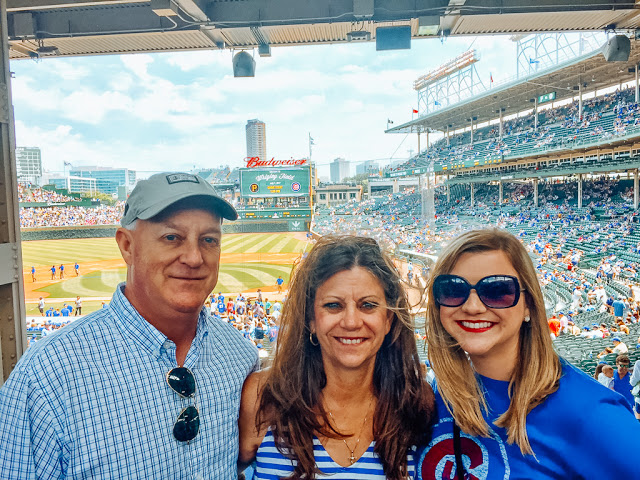 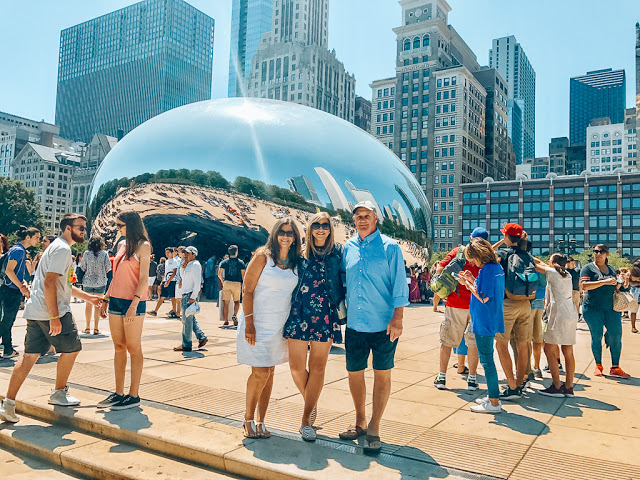 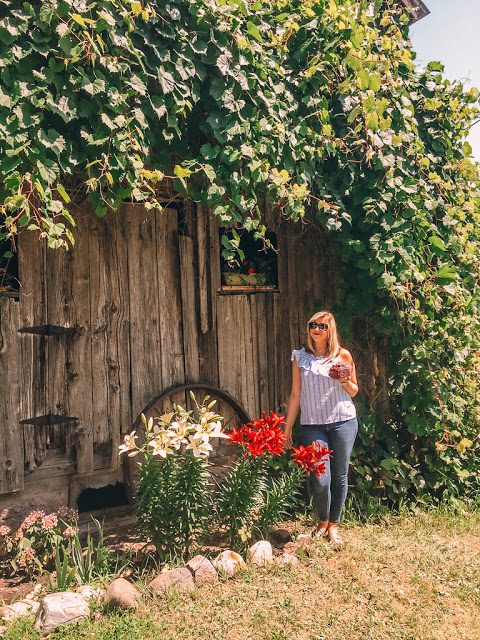 At the end of July, my best friend Ashley and I did something we had been talking about doing for a long time!  WE GOT MATCHING TATTOOS!!!!! Of course they were Harry Potter tattoos!  🙂

August
Meant back to school time.  I began my 5 year in the teaching field!  Which honestly blows my mind.  I cannot believe it’s been 5 years since I left Disney and became a teacher.   This year we started about a week earlier than normal, which sucked, but on the flip side we get out of school earlier in May.  August was also when Hurricane Harvey hit Houston.  I ended up going to stay with my uncle and aunt for the week at my parents insistence.  Thankfully my apartment complex was unharmed, but lots of my students and fellow teachers were deeply affected by the hurricane.  It was definitely a weird start to the school year but I was very proud of the way the entire community came together to help each other. 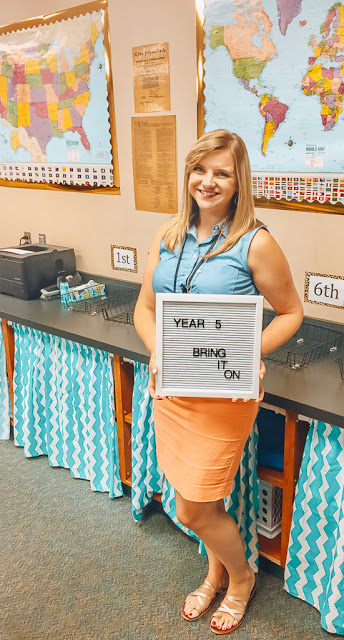 September
Highlight of this month was heading back to Orlando to see two of the best humans I’ve ever known get married!  Jason and Mario are two parts of my Florida family and they tied the knot in a beautiful and emotional wedding ceremony.   The day after the wedding we all headed for more celebrating at EPCOT’s International Food and Wine Festival! 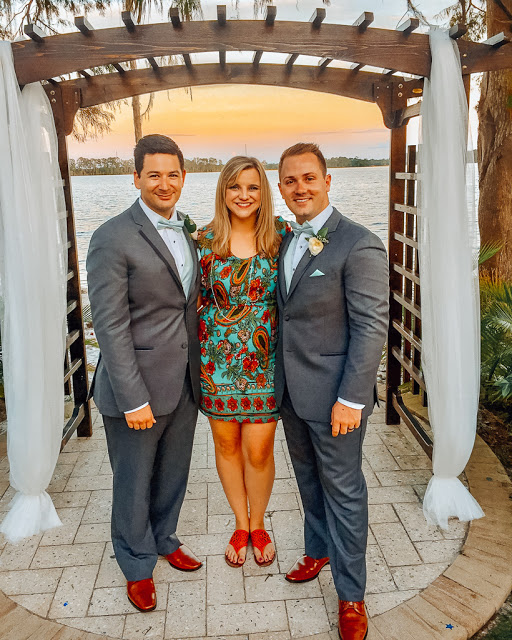 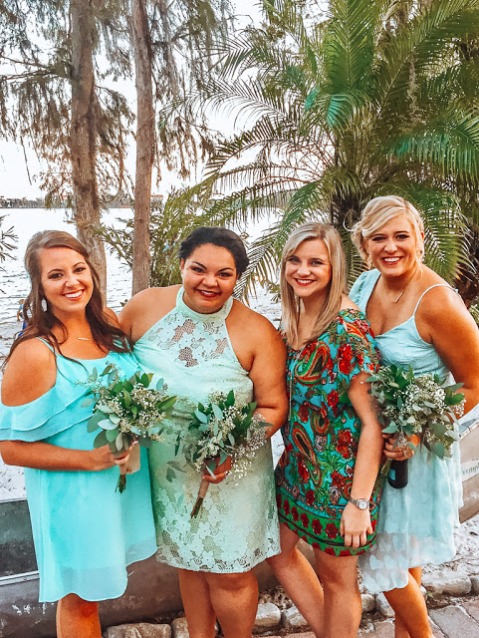 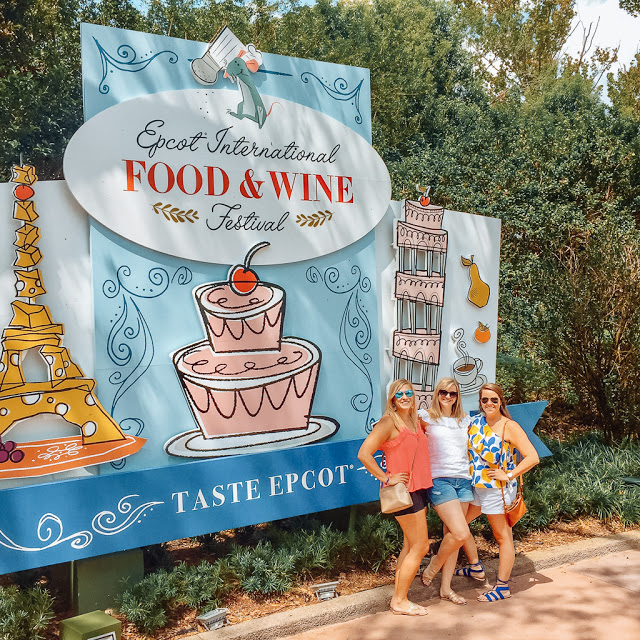 I also got to spend some quality time with my friend Katie that month.  We went to Mickey’s Not So Scary Halloween Party together and had afternoon tea at the Grand Floridian.  I totally had my Disney fix satisfied this trip! 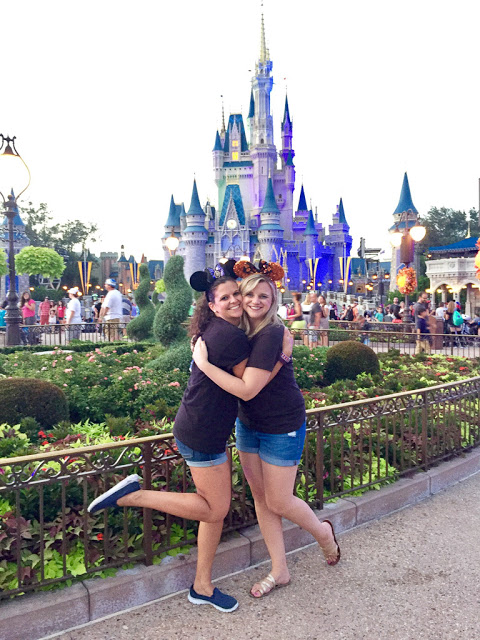 October-November
These two were probably my most uneventful months.  I went to a book signing, had a sleep over with my college bestie and her sweet family, went to the Texas Renaissance festival and celebrated Thanksgiving with my family back in El Paso. 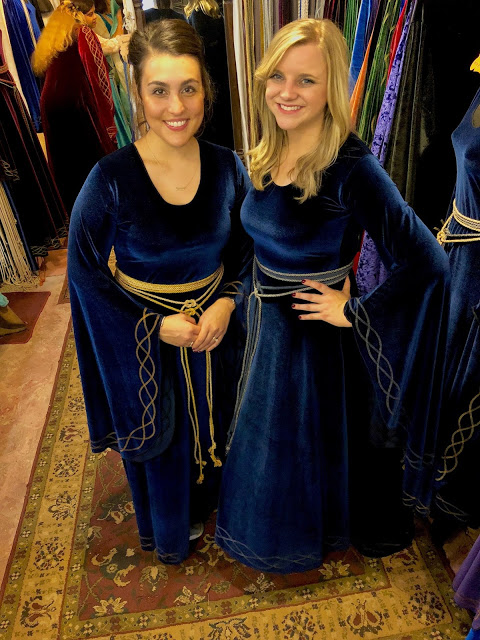 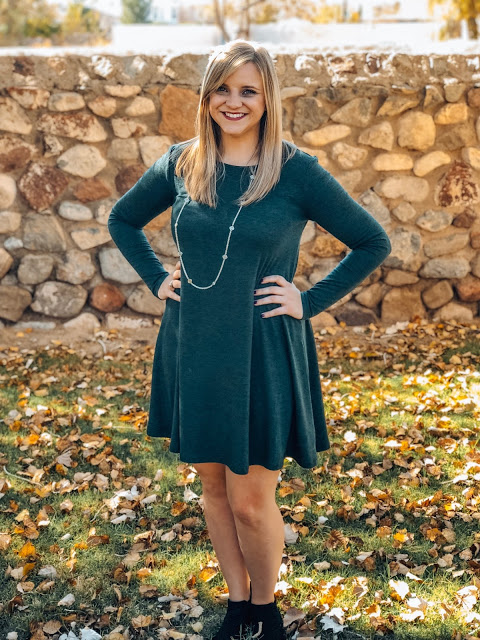 December
Counted down the days until Christmas break.  Thankfully this school year has been about 50 times better than last school year.  And we even experienced a mini winter wonderland in Houston!  Yep that’s right, it snowed!!  I was 100% shocked that it snowed and actually stuck to the ground.  Our principal even had a “fire drill” first thing in the morning so the whole school could go out and play in it!! 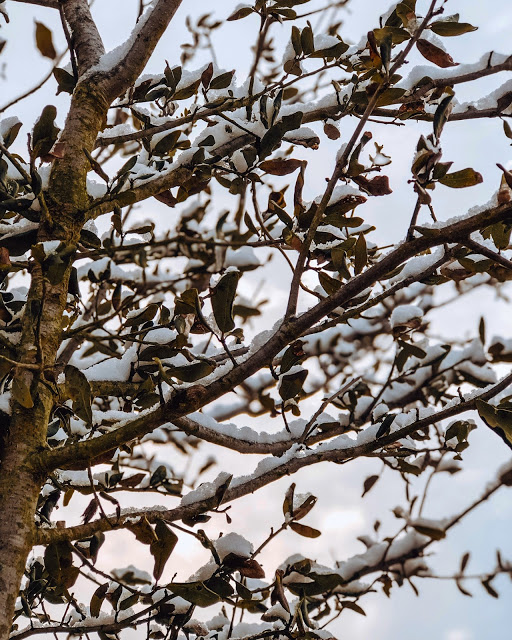 But I was still ready for Christmas Break.  I went home to El Paso and had a relaxing and very enjoyable Christmas.

So in a nut shell, I really can’t complain about my 2017.  I had some great times and some low times just like anyone else.  I went back into my archives and found the goals I had written for myself for 2017 so to wrap up lets see how I did.

Cook at least 3-5 meals at home a week.  I want to say I was good about this for the most part. I think I was pretty consistent at 3 meals a week.  Doing Hello Fresh really helped a lot but I quit doing it when the summer months hit because I was out of town for most of it.

Be healthier…again. Hmmmm…..well I didn’t work out nearly as much as I should have.  But there we are.  Now weight was lost but no significant amount of weight was gained either.  So that’s win at least!

Pay off debt. YES!  So I didn’t pay off all my debt but I did manage to pay off one of my student loans!  Which I’m very excited about!!
Put myself out there more.  Fail.  Total and utter failure.  Ugh, it’s actually really depressing and is something I may get into on the blog later this month. But, I’ll leave it at that for now.
Keep traveling and book another Euro-trip for my 30th year!  I did travel a TON in 2017, but sadly no Eurotrip has been planned.  It’s been discussed on multiple occasions and I’ve settled on where I want to go, but nothing has been booked or anything.  Fingers crossed it happens this year!
Redesign the blog.  Yep!  I got this new design back in….gosh I’m not even sure when it was.  But I thought that if I got a new design it would give me the kick in the ass I needed to get back in the swing of things and it didn’t happen.  But I’m happy to start the new year with a fresh, clean new look!

******
I’ve been a huge fan of setting goals for the past few years.  But I’m taking a different route this year.  No major goals will be set.  I’m just going to jump into the year and see what happens.  I may decide to set a monthly goals, but we’ll see!  I have set a new reading goal, but that’s because I love Goodreads and like participating in their yearly challenge.

Well, I think that about wraps it up.  I’m really looking forward to 2018.  I turn the big 3-0 in March and I have some fun travel planned, as well as some major changes I want to make this year.  And as I mention at the beginning of this post, I fully plan to get back into the fun of blogging!

To kick things off, I’m linking up with Kristen and Gretch for What’s New With You!